Historical naval fiction novel Sic Parvis Magna is set in the period of Francis Drake’s youth. There are almost no official records, leaving me to speculate what his apprenticeship might have been like. Using some information about his early life, I sketch what his early experiences and assignments must have been like aboard his marine classroom, teaching him ship handling, trade and piracy. What was this ship like? 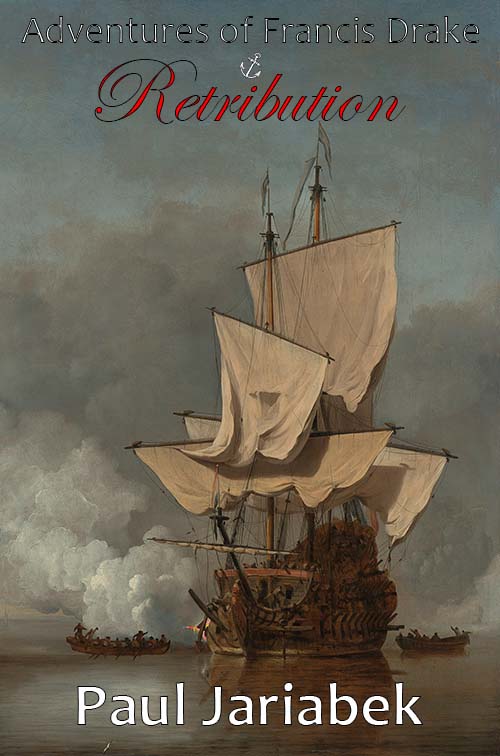 We know that Francis Drake became an apprentice at an early age, and that his apprenticeship was at sea[1]. At that time, the typical starting age of an apprentice was around 11-13, and the apprenticeship lasted a number of years (Wallis states that contract lengths were negotiated and that 3-5 years was common, but in some cases as many as 7[2]). What was it that he likely learned as his trade? How did he come by that knowledge?

Most stories have Drake being an apprentice on a barque. (A digression: typically, this is a square-rigged ship, primarily of three-masted construction where fore and main masts are square-rigged and the mizzen is rigged fore-and-aft).

Kelsey goes further in supposing that his apprenticeship was aboard a Hawkins-owned merchant raider named the Tiger. He also states that this ship was known[3] to conduct privateering voyages.

I think that this is as close to a fantasy license as a historical fiction writer gets.

What was this ship like? Since the was stated to be a barque and not a caravel, carrack, or cog from the descriptions, I started to research barques. One issue came up early—this is a very generic description. So, I expanded my research to include similar ships that could have been similar—galleons, carracks, and other vessels to get a sense of how to portray the Tiger in the novel. Here is some of that research.

If you are in the south-western United States and have not had an opportunity to visit the wonderful San Diego Maritime Museum, I encourage you to do so. The replica San Salvador is a ship that the museum commissioned, and you can purchase excursion tickets to go out on her.

Sailing on the San Salvador is a wonderful experience, and it gave me a sense of what a period ship must have felt like.

The San Salvador is a three-masted galleon, with some demonstration guns aboard her, including breech-loading swivel guns (setbangs). Setbangs use a canister that is loaded into the aft (breech) part of the cannon, in contrast to a muzzle loader where a powder bag is rammed home along with wadding and a shot. All of the guns are on the main deck, and the hold of the ship contains some built-in berths for her modern crew.

Sometimes, historical fiction themes deal with finds of archeological wonders. In the case of the Newport ship, historical fiction became historical reality as a very well-preserved ship was discovered in the river Usk when part of the riverfront was excavated for an improvement project. The Newport Ship predates Francis Drake by just over 100 years. This is a three-masted, square-rigged caravel constructed a little after 1449[4] based on the dendrochronology of the timbers that were used in its construction.

The Newport Ship is 116’ long by 27’ of beam and is of 160 tons (tuns) of burden. There are some renderings on the site of what the ship must have looked like, based on the archeology and preservation work.

Those renderings make it appear very similar and larger than the Matthew, Cabot’s ship of 50 tons. The general form of the ship is like the galleon (high stern / aft castles, which allow some defensive advantages against boarders that would be coming from pinnaces and onto the lower main deck).

The ship was armed with what appears to be defensive weapons such as swivel guns firing stone shot and in the artifacts, the project discovered other weapons or accessories for weapons. The site posits that she was a pure trading vessel, carrying weapons for defense.

This would not do for an adventure story that Francis Drake is to tell us.

The Gresham Ship, AKA the Cherabin

I think that the most interesting historical prototype for the Tiger of my historical fiction novel is the carvel-built, well-armed merchantman of 1574. She mounted 12 guns which were a combination of bores and calibers, and were both breech and muzzle loaders[5].

Her fragments were found when the Princess channel was dredged out to facilitate the Port of London port expansion for container traffic. In a great talk about the find, Dr. Gustav Milne takes us through some of the history at the time of her service, in both armed conflict and trade. She is far less preserved as was the Newport Ship, with only a portion of her side recovered.

However, she had gun ports that were cut in as a part of her design.

We know little about the barque that Francis Drake apprenticed on, other than it engaged in coastal trade. However, we can make some inferences based on William Hawkins merchant trade, naval archeology and discoveries, and drawing on some of the maritime history of post-medieval England.

Elizabeth’s reign was on the back foot, with powerful enemies in France and Spain. Within her realm, there were concerns of Catholic sympathizers taking direction from the Pope’s excommunication which also released the good English Catholics from obedience to the crown. She had a lot of vested interest in having a privateer navy that could harass Spanish ships coming back from the New World, taking them as prizes.

This was a sturdy ship to trade with Spain, Portugal, France, Russia / Baltic states. Cross-channel, and coastal trade. The bill of lading for the Cherabin supports an extensive trading network, perhaps not necessarily for this ship specifically, but for the companies that owned and outfitted such vessels.

I suspect that this mixed purpose is what Cherabin’s role must have been. It was armed more akin to a warship than to a trading ship, and the records support that supposition. Some of the history of the Cherabinwas that in 1591 took two prizes, valued at over £2,200 at the time.

In the historical fiction novel Sic Parvis Magna and the short story Retribution, I named the captain Richard Trelawney, and I kept the name of the ship as the Tiger. Her purpose was trade, but she did not shrink back from a fight, both defending herself and serving as a privateer in the Tudor English Navy harassing enemy ships.

This ship, possibly of a Hawkins fleet of armed merchant raiders, became the maritime classroom for young Francis Drake, teaching him the arts of ship handling, navigation, trade and business, but also tactics and strategies of naval warfare.

[5] Milne, “The Gresham Ship: An Armed Elizabethan Merchant Mang Recovered from the Thames.” 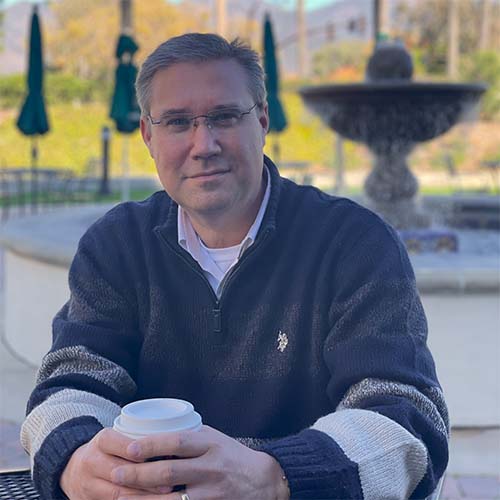 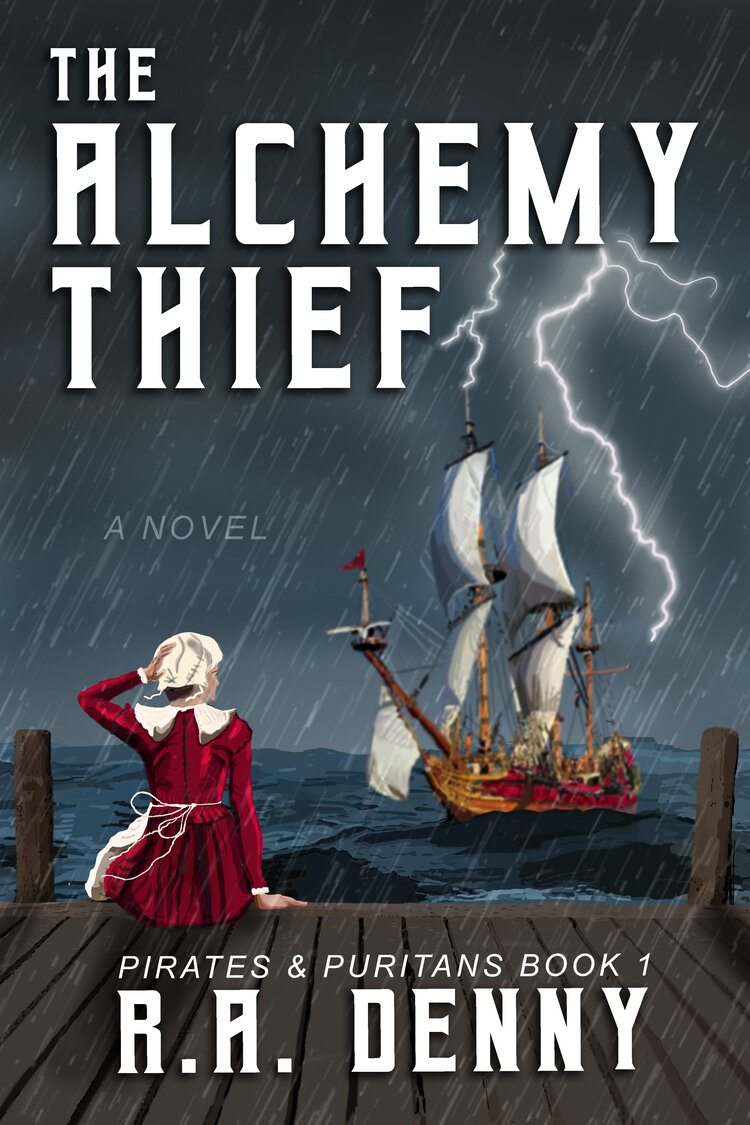