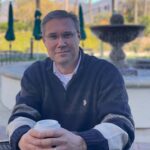 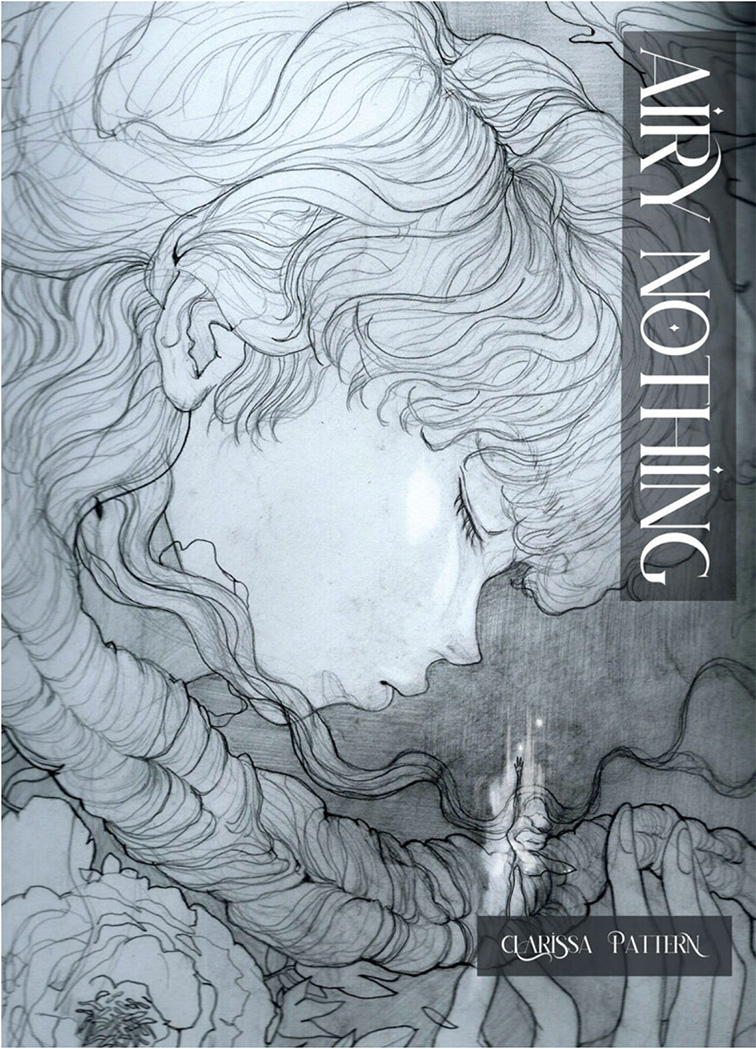 Set In the second half of 16th century England, Airy Nothing is a story of John, an effeminate boy who runs away from an abusive home. The plague takes his twin sister and mother, leaving him with his father who beats him because of how he looks.

He does not have friends. In fact, he does not know how to make friends. To not be alone, he invents a friend – his hobgoblin from the fairy world. The hobgoblin goes with him when he runs away from his rural English village to London in hopes of finding a world full of fairies and a wonderful life. Along the way, the hobgoblin helps John in difficult situations by communicating through colors and motions, occasionally doing things like moving objects in the real world.

Once John gets to London, he gets more than a dose of the seedy, smelly, cold, crime-ridden, and terrifying medieval metropolis that author Clarissa Pattern paints for us in the most vivid ways; the book is a masterpiece of visual, tactile, and olfactory detail. Petty criminals are executed without mercy, and when one is caught and convicted, one needs to bribe the goalers to die quickly rather than choke to death. In short, 16thcentury London is hardly the magical fairy world of John’s dreams.

In this cesspit, a bewildered John comes across the smart-talking pickpocket “Black” Jack. Jack is a little older than John and the two strike a friendship. At first, Jack has designs on profiting from John and his fair girlish looks, but over time their friendship evolves, and John becomes a catalyst of Jack’s change away from his criminal ways.

Jack takes John to see a Shakespearean play, which is something that John dreamt of since he saw a band of actors walking on the road to London. During this performance, John realizes his that acting in theatre is his destiny.

As the book closes, we see the positive completion of that feel-good arc with an older John living in his dream and finding his love along the way.

Thoughts on the History in the Book, and its Modern YA Nexus

As with a lot of YA novels, this historical fiction coming-of-age story sees the main hero, John, setting out on an adventure to discover the world about him.

To do that, John needs to understand the world about him and to discover the role that he is to play in it. In a time when untraditional relationships could have been a death sentence, John also needs to come to terms with his own gender identity that caused him a great deal of pain in his childhood.

A brief digression on some real medieval history.

During the Tudor period, homosexuality was banned by Henry VIII’s Buggery Act of 1533. The intent of the law was likely a cover. It was an instrument of the monarch to ‘lawfully’ (conveniently?) remove difficult people and take property. While Edward VI continued most of his father’s reforms, the act was briefly repealed during the reign of Mary I (Tudor) in her quest to return England to the fold of the Catholic church. As the monarchy transitioned to the Protestant Elizabeth I (Tudor), most of the Protestant-supporting laws were returned.

Let’s return to the modern world.

Rather than legally imposed property confiscation and capital punishment, today’s kids must cope with challenges magnified by the pervasive presence of technology. While John was likely bullied by his peers, there probably were a few bullies in his village to even pay attention to him. Rural life was physically demanding, and people had to go farm, husband animals, bake, and so forth. Leisure time was not for the yeomen or paupers, so perhaps he was bullied after church on Sundays or other holidays when daily chores were suspended. Life is different today. ‘Outsiders’ are bullied at schools that have 2,000-3,000 students. Kids are stalked online and cyber-bullied.

Unaccustomed to modern marketing, John was also not subjected to messages that define consumer behavior to chase after an ideal. We all need a perfect look, and perfect body type and clothing to boot. A child that does not have the internal self-confidence may perceive themselves deficient. When unable to confide in others or know how to find healthy growth direction, some vulnerable kids lash out at others or hurt themselves. While Airy Nothing cannot solve this, what it wonderfully does is offer a vision of a positive outcome for someone who might feel as different as John.

The safe direction that John found was theatre, his safe fairy world. In the time of Shakespeare, there were no women actors and women’s roles were portrayed by men or boys like John. In the story, John becomes an apprentice to the hapless and comical character of Edmund Shakespeare; that is the plot. The story is that in playing female roles, John gets ‘space’ to think about his feelings for Jack as his friend helps him learn to read and memorize his lines. We need more of such ‘safe’ places.

In a complimentary arc, Jack’s tough exterior melts away by the end. His character transforms from the street-smart hoodlum persona that is necessary to keep his neck out of the noose. Instead of the rough survivor, this new Jack discovers charity and grace, as well as a growing attraction for someone else, his change catalyzed by none other than John. It is Jack that pays for John’s apprenticeship with his ill-begotten gains. It is also Jack who willingly sacrifices himself to save John. Yet another positive vision for the ‘underdog.’

Airy Nothing is a wonderful historical fiction YA story with several well-developed character arcs and amazing vivid imagery of what life must have been like during this tumultuous period in history. While some of John’s visions made it a little difficult to follow the story at first, the magic quickly jumped out of the page and so charmed me as a reader that I could not put the book down until the very satisfying end.

Clarissa Pattern says that the story was born out of an image of a boy at the Globe theatre who was supposed to be working the crowd pickpocketing but instead was utterly entranced by the beauty of Shakespeare’s language. This was the gem of ‘Airy Nothing’. As the characters developed, Pattern was influenced by people very close to her who had struggled with gender identity and sexuality. This story became a gift to them – a celebration of the relationship of John and Black Jack.

In fact, Airy Nothing is a gift to all of us. I recommend it highly.

Clarissa Pattern studied English language and literature at the University of Oxford and has lived in the Oxfordshire area for all her adult life. She has been writing stories since she could hold crayons and scribble across the wallpaper and has had short stories included in anthologies and published online. Aside from writing, she has two children that mostly ignore her unless they want food; a heap of housework that she mostly ignores unless anyone is visiting; and an ever-increasing list of books to read that she never ignores.

Learn more about Clarissa Pattern at her goodreads and Facebook pages. You can get Airy Nothing on Amazon.